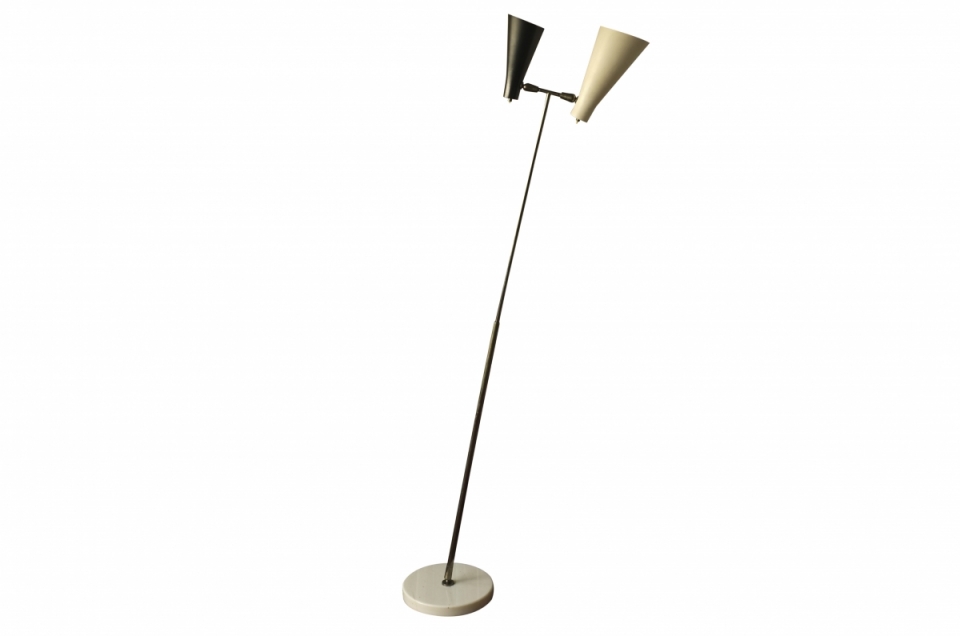 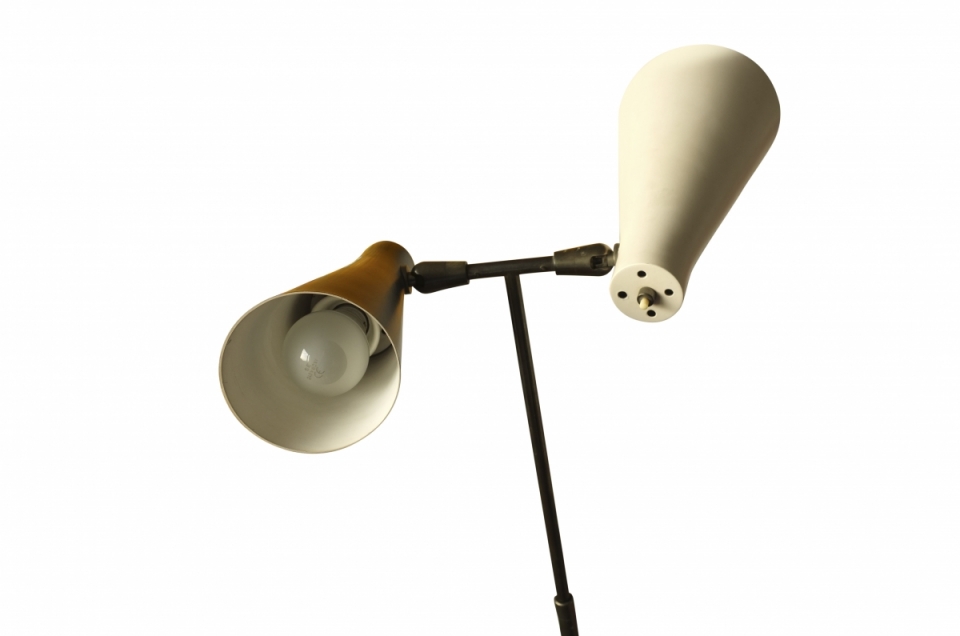 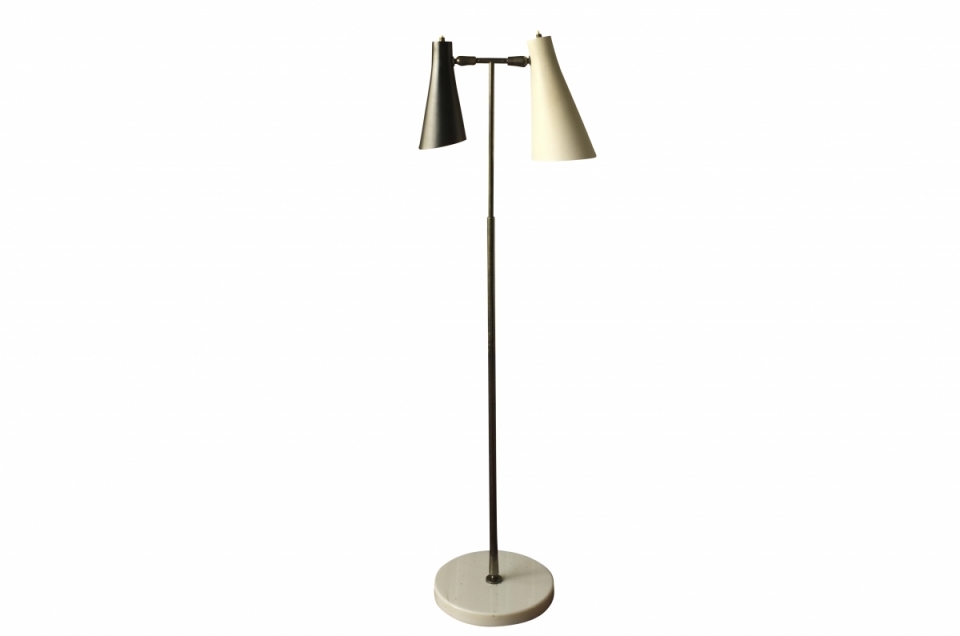 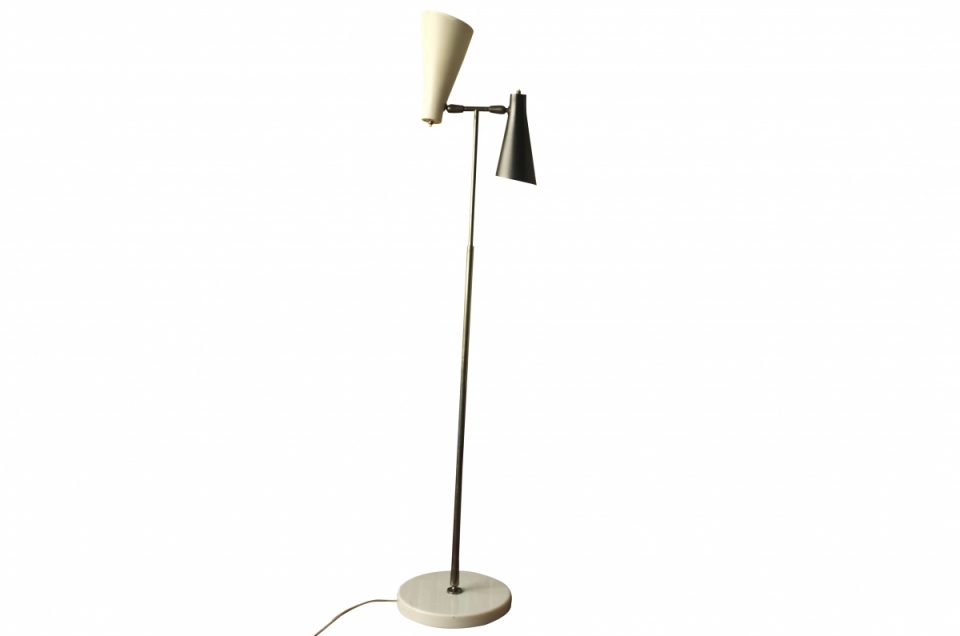 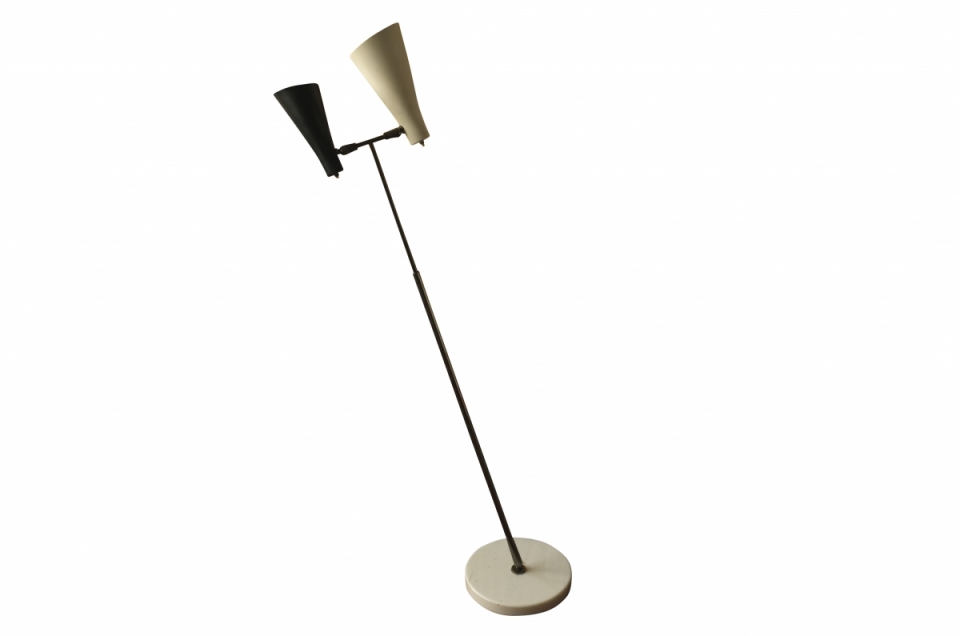 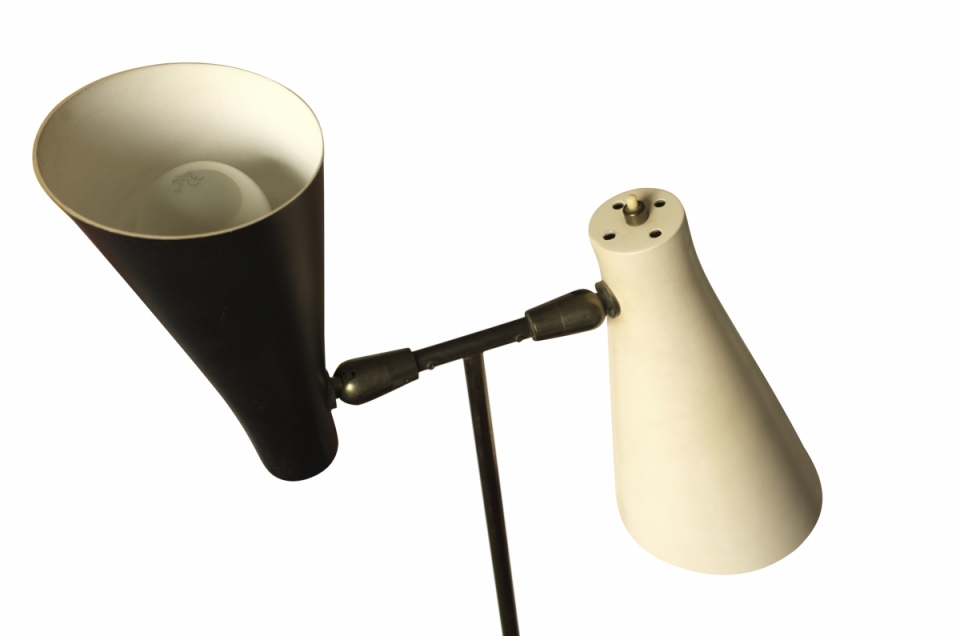 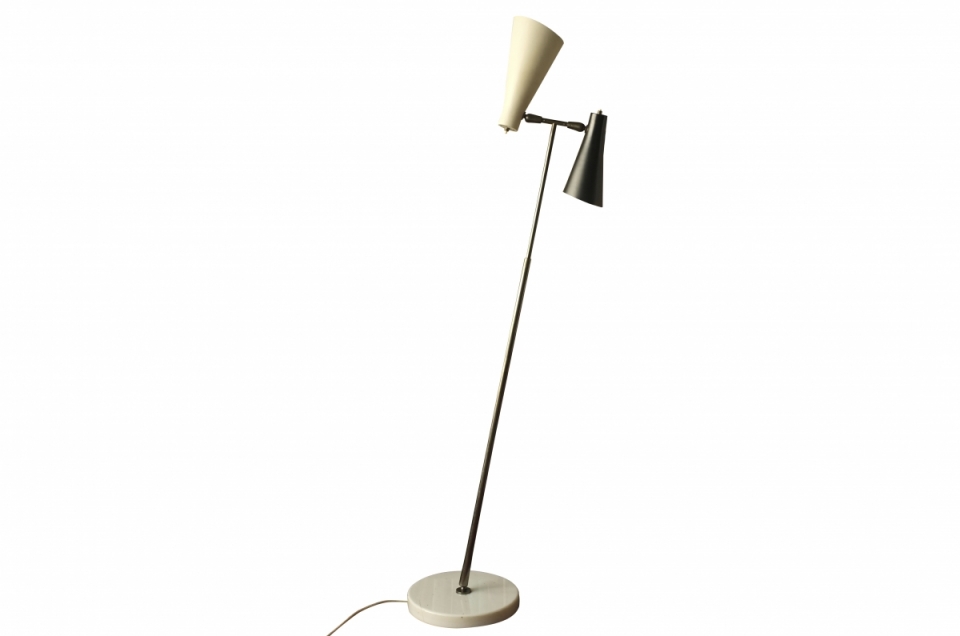 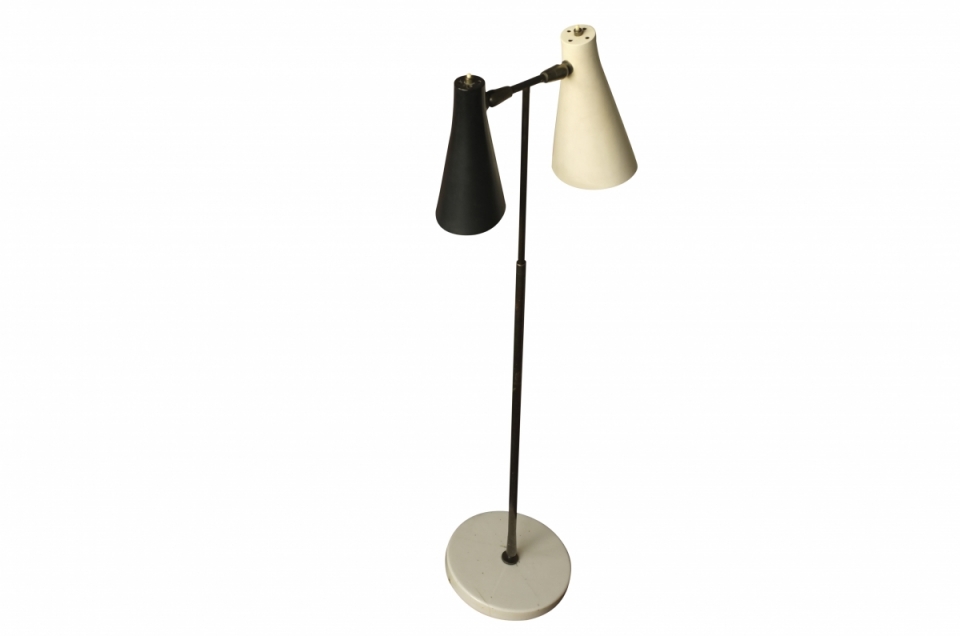 Fantastic and super rare floorlamp designed by Ostuni in the early fifties for his own company OLuce.

Ostuni was known as a business man and a terrific designer.  One of the company's first big succeses was the Agnoli 387 floorlamp by Tito Agnoli.  The lamp offered here is much more rare then the later designed and more well known floorlamp by Ostuni with only 1 lampshade.

The condition is pristine, not a bolt has been touched by a screwdriver, the original bakelite floorswitch and switches on the lampshades are still there and working, and the marble base is also in very good condition.  The stem with the ball and socket joint and the extendible shaft fully work as it should be.  Numerous positions are possible for the stem and the 180° rotable lampshades.

A true gem for the lover of fifties Italian lighting.